skip to main | skip to sidebar


I’ve been in the tiny universe of erotica long enough that I understand the niches publishers inhabit, but you might not. Perhaps you wrote your story with a publisher in mind. If you didn’t, you’re going to have to do some research. Go to the publisher’s website and check out their newest offerings. Read their submission guidelines. If possible, read a couple of their books. Don’t waste their time and don’t waste yours sending the wrong book to the wrong publisher.

Literary erotica is written in the genre style of literary fiction, but it can have a happily-ever-after ending and it may focus on a relationship. Rather than emotional bonding though, sex scenes are (normally) used to define or change a character.

~~
Before you sign with any publisher, send emails to several writers with books at that publisher. Ask them if their publishing experience was good. Ask them if they get paid royalties regularly and on time. Find someone who used to publish through them who doesn’t anymore and ask why. Check Predators and Editors. If you’ve hung around writer’s lists long enough, you’ve seen the horror stories of unpaid royalties, rights being tied up in court, unprofessional and unscrupulous business practices, and a host of other problems. Experienced writers place their books with several different publishers to mitigate exposure to their publisher’s business problems, but even a good shop can go to hell overnight, especially if it’s small press and the owner is essentially the entire company. All it takes is a car accident or sudden illness. I’m not saying be paranoid, but be aware of who you’re entering into a contract with. It’s called due diligence. Do your homework. Protect yourself.

Also check the terms of the contract thoroughly and know what each paragraph means. There are websites that will warn you about bad contract terms. Things I’ve turned down contracts for: a clause that said I could never speak ill of the publisher or its employees. First look rights (this sounds good but it isn’t for YOU). A contract that meant they had my rights forever. A contract that demanded I prove my gender. Lousy ebook royalties.  The right to use 100% of my story for “advertising” with no additional compensation in any publication or website the conglomerate owned.  And yes, I tried to negotiate those terms because everyone says you can negotiate. “Everyone” is either a writer with a lot of pull or a liar because for the most part you’ll be told to sign it or go away. Only you can decide what’s right for you and how desperate you are to be published.

I had a publisher in mind when I wrote Night Creatures (still playing with the title, I may make it Night Kreatures.)  so I didn’t have to research them. I did, however, have to ask what they like to see in a submission and how they wanted it formatted, because part of being a professional writer is taking the business side seriously. If your writing doesn’t make your story stand out, don’t for a second believe that comic sans font will. Giving the publisher what they want, in the format they want it, and only what they want tells the publisher that you’re a reasonable person who won’t give them trouble over stupid things. (So if your manuscript is accepted, prove it by not being an ass over stupid things. Seriously, writer folk, don't be THAT writer.)

After I knew what the publisher wanted, I put together my submission package, which in this case was an email. They didn’t ask for a synopsis (joy, rapture! I loathe writing a synopsis) so I sent a simple cover letter (body of the email), formatted like a business email (my full contact info, date, etc.), with all the usual cover letter info: title of the work, genre, word count (complete) in the first paragraph. A brief synopsis of the story (second paragraph). Wind up: thank you for your consideration… in the third paragraph, and a signature block. The full manuscript was an attachment.

Sent it off and waited. And waited… After a couple months I sent a polite inquiry about where I was in the submission process. Polite. Don’t even type with an attitude. It’s a discreet cough, not a temper tantrum. And I got a very nice reply back that basically said “We need a few more weeks.” Not a problem, so I waited.

And here’s where you may expect that I say “And it’s coming out in October!” Well, no. The publisher wants me to rewrite the first two chapters and resubmit. Did I collapse onto my fainting couch? Did I send it off to a different publisher? No. Rejection isn’t personal. It’s an opportunity to learn something.

Being honest with myself, I know that the first two chapters were the weakest part of my novel. So I’m working on those chapters. I told the publisher that I would resubmit it when I fixed my work, and I will. Now, if it’s turned down after that, I could turn to another publisher, but because I understand the niche markets publishers inhabit, I already know that there are few who would touch this edgy piece. It’s dark and it’s bloody. I could self-publish. I think about those options but it’s far too early in the process to give up on this publisher just yet.
Posted by Kathleen Bradean at 4:49 PM

Coming Together In Vein 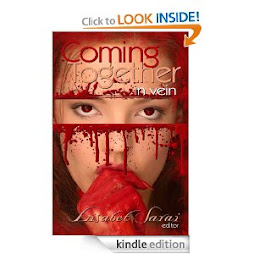 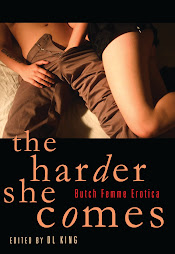 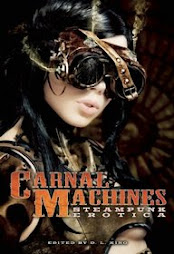 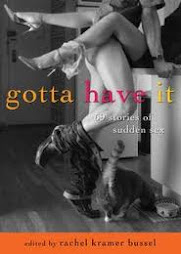 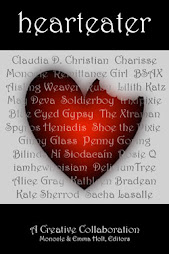 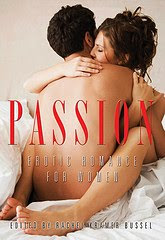 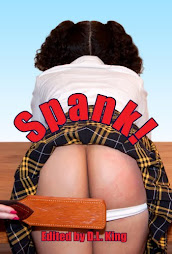 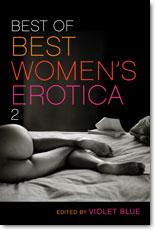 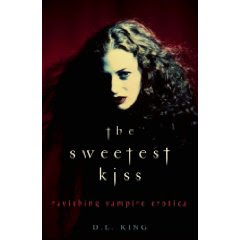 Coming Together - Against The Odds 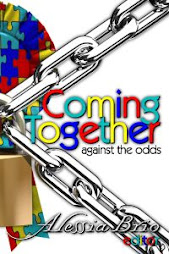 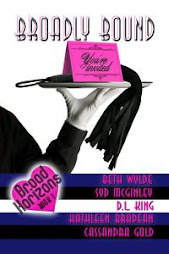 Where The Girls Are 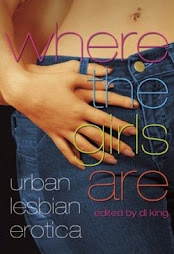 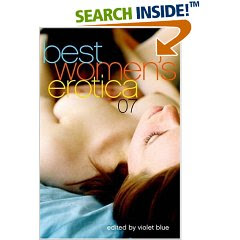 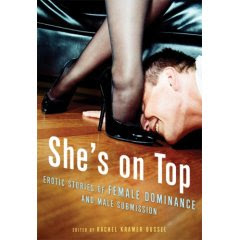 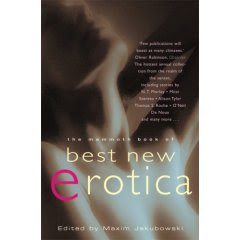 Garden of the Perverse 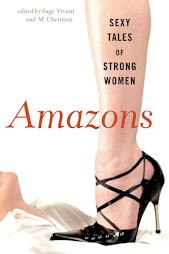 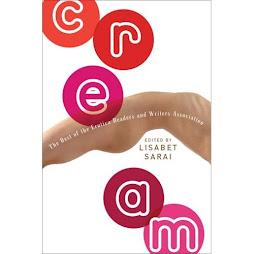 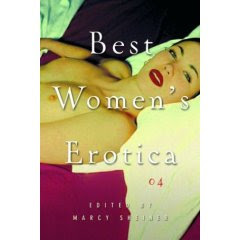 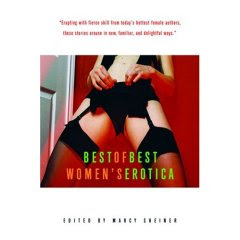 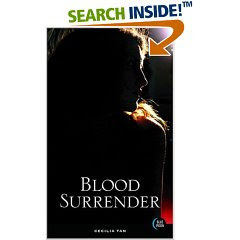 Kathleen Bradean
Never let a writer ramble on about herself. Spending nights and weekends absorbed in the lives of unreal people hasn't improved my social skills.